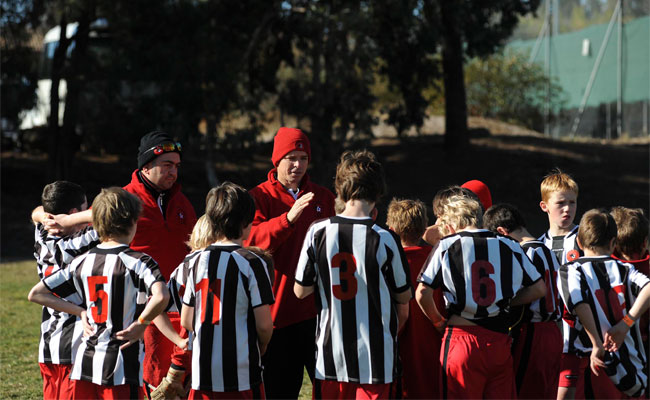 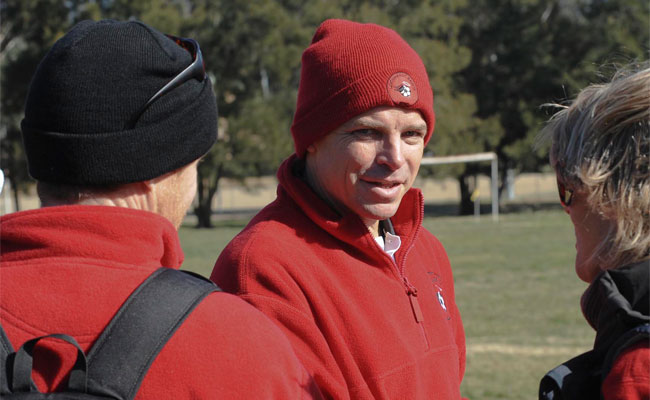 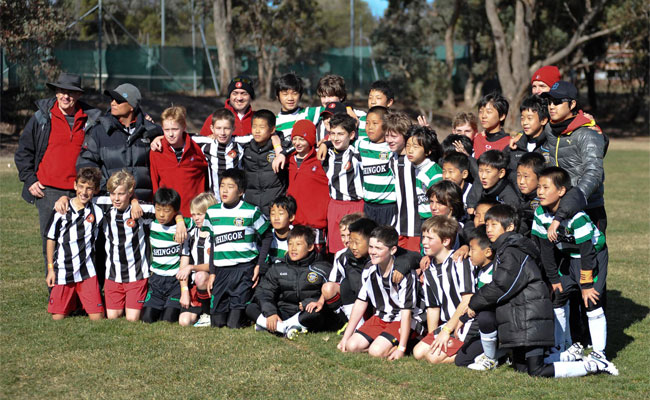 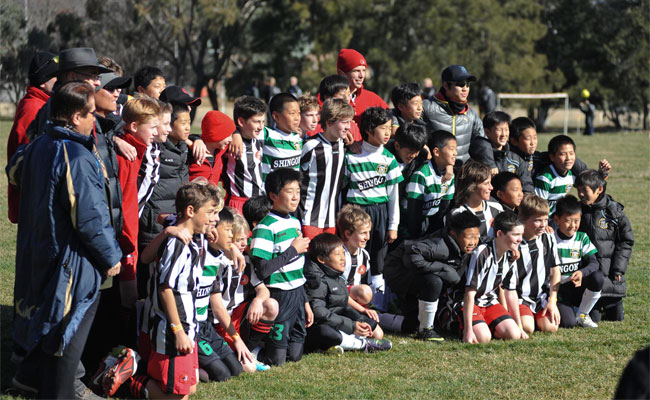 Reports from Howard Charles at the 2011 Kanga Cup:

Hello Saints, from the 12/1’s at the Kanga Cup in Canberra. Round 1 this morning saw us lose 2-3 to South Melbourne a Premier League team. A fine throw in by Monty had Harry head it to Manning who scored to put us ahead and then Callum calmly scored from a direct penalty. But Sth. Melbourne showed their quality to win 3-2 in normal time.

This afternoon we defeated the Brindabella Blues 3-0 from a great clean-up by Callum from a quality cross; then a goal by Cluny from a great break up front; and an own goal by the BB’s took it to 3. Last year we had a Nil-Nil draw with this team.

So we’re definitely still in what is a seriously difficult competiton, to face the Korean rep. side SinGok PS tomorrow. They swept all before them today.

Hello Saints, today Round 3 had us against the visiting Korean academy team SinGok PS, a match which arguably pitted us against the most skilful and strongest team we’ve ever faced, a 20 strong contingent.

They scored first. Then a free kick from 30m out by Soroush rebounded off their goal to find Saxon following in to kick it home. To be 1-1 at halftime was a fantastic achievement.

All the boys played their hearts out, with special mention to our defenders who kept us at only 1-2 down until nearly the 50 minute mark. SinGok then scored twice more to win 4-1, the closest margin so far for them.

That our players were able to compete so well against such a drilled international team spoke volumes of their spirit.

Tomorrow’s a sudden death round for us again against Sth. Melbourne.

Hello Saints, We played our 4th round today to lose to Sth Melbourne 0-3. The boys played to their best yet again but ultimately couldn’t defeat this Premier League side. They did the Saints Club proud.

Message from Saints’ Administrator, Eileen Leather, on behalf of all Saints

Thank you for all the news Howard.

Please pass on to the boys how very proud we all are of their efforts. Don’t let them get disheartened; I am sure they have had a fantastic experience simply by taking part, and we still consider them the true champions – for their spirit, enthusiasm and sportsmanship.