Our basic Team Sponsorship policy revolves around a 50/50 deal where half of the sponsorship agreement goes directly to the Team and half to the Club generally.

Please see below for our training equipment suggestion but if you have another proposal please forward it to our Sponsorship co-ordinator for approval by our committee.

This year we are continuing our team sponsorship scheme.

The scheme is intended to help individual teams and the club purchase specialised training equipment such as agility poles or pop up goals. 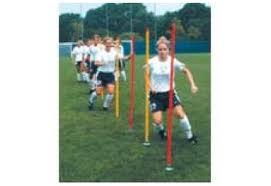 The aim is to provide our coaches with extra equipment to make training easier, more fun and to provide more variety in the drills and games available. The equipment allocation for each team is covered by a sponsorship package of $250. ($227 + gst)

Every team is encouraged to find and nominate a sponsor of their own. The money raised will be allocated approximately as follows:
o $100 FOR THE SPONSERED TEAM EQUIPMENT
o $100 TO CLUB EQUIPMENT AND TEAMS WHO COULD NOT GET A SPONSOR
o $27 FOR COSTS – photo, frame and certificate.

• Each sponsor will receive a framed team photo with a certificate of appreciation.
o E.g. Proud sponsor of the LSFC U12/3
o Identification in the annual yearbook. As well as “coach” and “manager” there will be “sponsored by” – no logos (they can always become an official club sponsor if they want more exposure)

• Each team can only have a single sponsor. In cases where there is more than one sponsor for a team the additional sponsor will get their nominated team photo but the money will be allocated to:
o Another team in the club that has not found a sponsor with preference to the same age group first and then in ascending order starting from the u6 up
o To the club equipment budget

• The equipment received by the team will consist of:
o a set package of appropriate equipment for that age group. 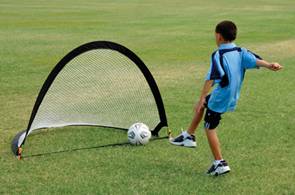 • It is not meant to be an onerous or scary task to get a sponsor, we suggest these steps to get a sponsor, but if you don’t find one, please do not worry.
o Ask the parents in the team if their workplace would like to sponsor the team.
o Ask friends and relations if their workplaces would like to sponsor the team.
o Approach local businesses that you feel you have a friendly relationship with.

• A pledge document will be provided to each team. Once a sponsor is found just fill in the name and address of the sponsor and hand it to them, plus a copy back to LSFC. The sponsor will be invoiced, and can pay the club directly. Once the money is accepted by the club, the team will receive the equipment and the photo and certificate will be presented to the sponsors.

• All equipment will remain the property of LSFC and should be returned along with everything else at the end of the season. If this initiative is successful, we will have raised enough money to provide some new equipment for every team in the club, which can be re-used for many seasons to come.